I’ll make a confession. I don’t own a Microsoft Windows Machine. I never have and probably never will. This means that I generally never get the oppertunity to test Swingbench on Windows when I release the code. I just assume it will be ok or someone will complain.

My friend Connor McDonald was the first to complain…. Thanks Connor

and the following to put it back to its original value

This change will solve the problem and render colour 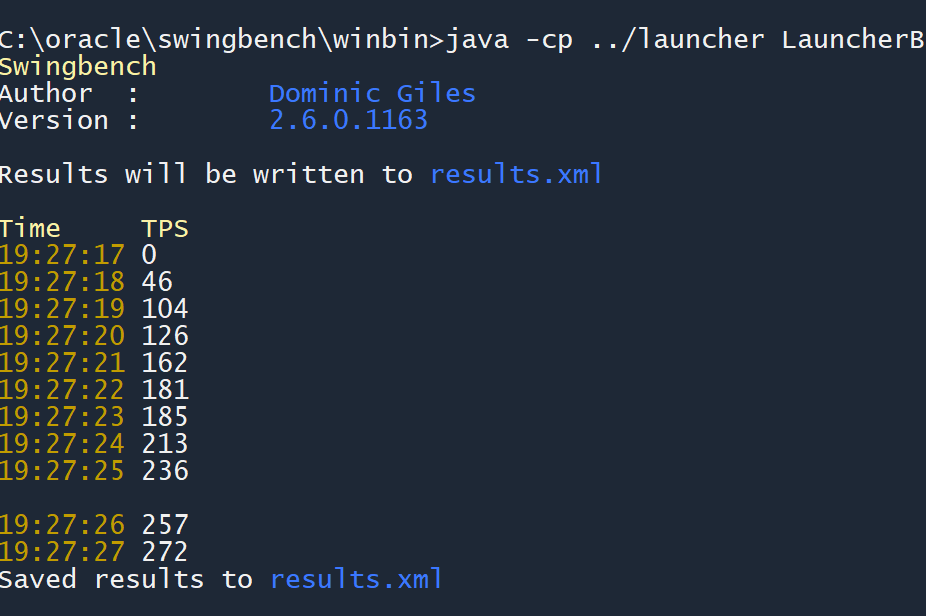 I’ll release a fix shortly that turns colour off automatically on Windows but enables you to turn it on from the command line rather than just being able to turn it off.

Swingbench 2.7 So I finally found some time to get a new build of swingbench done. The big change is that swingbench now only supports JDK-17 and above. Now,...

Hybrid Partitioned tables continues to be one of my favorite features of Oracle Database 19c and they’ve gotten better over time as we’ve introduced new feat...